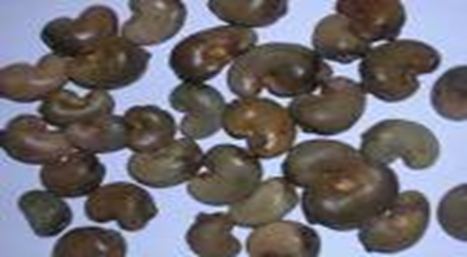 Description: Cashew (Anacardium Occidentale L.) is a tree crop of considerable economic importance to Nigeria and other tropical countries. Apart from being a source of useful products and byproducts for food, medicinal and industrial applications, cashew gives also a useful shade, while ornamental and alley trees are suitable for the control of soil erosion, particularly for the protection of watersheds and dams.

Specification: According to S.G.S (quality inspectors), the standard for raw cashew nuts, unshelled, is specified as follows:

Uses: The cashew nut is a popular snack, and its rich flavor means that it is often eaten on its own, lightly salted or sugared. In addition to this, cashew nutshell liquid (CNSL), a by-product of processing cashew, is mostly composed of anacardic acids. These acids have been used effectively against tooth abscesses due to their lethality to bacteria.

Export market: The major buyers of cashew nut from Nigeria are mainly India and Singapore. Smaller percentage goes to Europe.

Export: The export free on board (FOB, CIF and CNF) price of raw cashew nut. However, when an exporter adds value to this product by processing it into kernels, the fob price could quadruple that of raw cashew nut.

Payment: By Confirm L/C, or Cash Against Document with 30% Advance Payment.